In 1940 mothers with children under five years old were evacuated to St. Albans and were billeted in local houses with minimal facilities. In April of that year a nursery centre was set up at 6 Lemsford Road where these mothers could come to wash, dry and iron their clothes at sixpence per wash. There was space for their children to play, lunch was provided and on Mondays, Wednesdays and Fridays baths could be taken at 2 pennies per time (that’s in old money!).

In June 1940 the Muriel Green Nursery Centre was officially opened by the Marchioness of Salisbury, an event that was reported nationally in the Times Educational Supplement. The first superintendent of the centre was Mary Wilson who, with her husband, ran the centre initially on a voluntary basis. At the end of the Second World War the nursery was taken over by Hertfordshire County Council.

The Voluntary Evacuees Welfare Committee oversaw the setting up of the centre, London County Council supplied some equipment, and local people donated cots, playpens, fresh fruit and vegetables and their time as volunteers. They also made charitable donations as did the Rotary Club, and the Abbey Board of Education gave a grant of £50. Miss Muriel Green left a legacy of £20 for social betterment and nursery education, which was donated to the nursery centre. 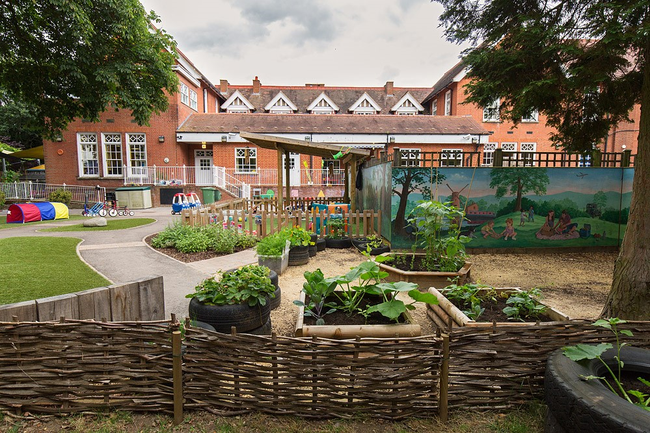